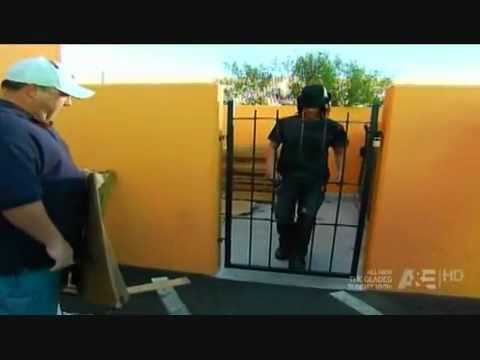 [Let's Build] businesses and trades in a frontier outpost or settlement

NOTE: We are out of room. Post continues here: https://www.reddit.com/d100/comments/8w13in/lets_finish_businesses_and_trades_in_a_frontie
Some people are attracted to the frontier of civilization for the adventure. Others might be drawn there for a host of reasons; looking to make coin in a new market, keeping ahead of the law, spreading their faith, bringing order and strengthening the borders of their homeland, or perhaps a noble house has too many scions and hopes that one late-born member might make good with his share of the family coffers.
Let’s build a list of NPCs with businesses and trades in a frontier outpost or settlement.
I’m about to introduce simplified kingdom building mechanics to my Pathfinder Campaign. Basically, it allows your adventurers to govern and grow the settlement they are based in. So I’m looking to make a list of businesses and trades that might be compelled to put stakes down in a frontier outpost with colorful NPCs that might provide plothooks and role-play opportunities.
In my campaign the adventurers are getting a charter from the local military to rebuild a settlement in an abandoned town they have just cleared out of undead and bandits (nominally). It will begin as a outpost to the guard, but can be reoccupied by the former residents, serve as homes for new wonderers, refugees and eager enterprisers. It’s a location that can attract low-fantasy motifs of traditional trades but also allows for interlopers from the feywilds and other planes. So businesses could range from the mundane, such as tanneries or grain mills to the exotic and arcane like a drug den but where the intoxicants are dreamscapes from the feywilds.
Interested in storyhooks and interesting npcs. If you are familiar with any kingdom building mechanics feel free to drop in any additional info that might help GMs—building stats, building costs, settlement effects. Just descs are fine too.
Edit: Feel free to suggest similar businesses already on the list if you have a different spin on it. A little competition is healthy.
From the beautiful minds of u/no4u, u/generic_brand_cola, u/IAMA_llAMA_AMA, u/ASzinhaz, u/Kardinalin, u/Table_Bang, u/Papenhausen, u/generic_brand_cola, u/Hwga_lurker_tw, u/Woopdeedo, u/Ytumith, u/ceilius, u/FadoraNinja, u/WitchDearbhail, u/Patchwork18, u/SquiddneyD, u/GhastlyKing, u/ThePragmaticPimp

Several Vegas trips under my belt